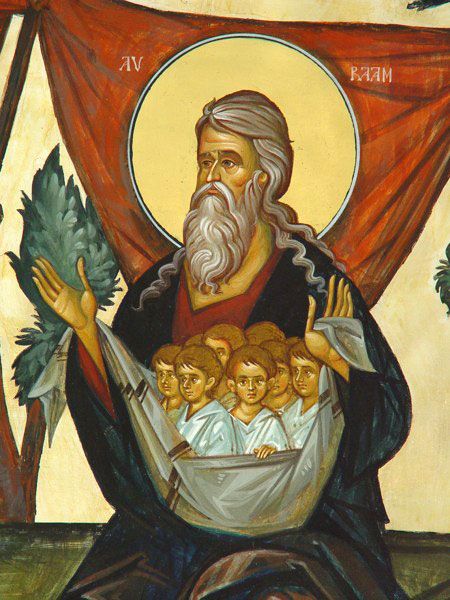 “But Abraham said, ‘Child, remember that you in your lifetime received your good things, and Lazarus in like manner bad things; but now he is comforted here, and you are in anguish. And besides all this, between us and you a great chasm has been fixed, in order that those who would pass from here to you may not be able, and none may cross from there to us.’” (Luke 16:25-26)

The parable of the rich man and Lazarus, the beggar, concerns the vanity of trusting in riches for security. The Jews of Jesus’ day viewed those who had wealth and prestige to be righteous and blessed by God, definitely members of God’s kingdom. No doubt many of our contemporaries feel the same way about the rich and powerful, the cultural icons of modern society. Like the rich man in the parable the wealthy in those days had great disdain for the poor and needy and ignored their needs. The poor and those who endured physical suffering were considered cursed and sinful, people like poor Lazarus. This is true in our society as well, and even in parts of the modern Christian church. Prosperity, wealth and fame, are all considered signs of God’s blessing and favor. Many believers and even some churches often neglect the needs of the poor and downtrodden in favor of building an earthly kingdom.

Yet in God’s economy, the reverse is true. In our parable, the rich man died and went to hell. Even in the midst of his suffering he still did not honor God. He still did not realize the truth. He was still filled with pride. His pride is demonstrated by the fact that he ordered Abraham to have Lazarus do his bidding. It was too late for this rich man, however, for while he was alive the rich man had every opportunity to do God’s work with the resources he had, resources the Lord had given him. He failed to help the poor and needy. There was no hope for him or for any in hell. They cannot cross over from there to Heaven.

What Jesus tells us is that money cannot help us get to heaven. We may love it too much so that it becomes our idol, one which will keep us out of the Heavenly Kingdom. And yet money can be useful if it is used to build God’s kingdom. It can be used to purchase resources that can preach the gospel and lead the lost and downtrodden to repentance and faith. It can be used to bless those who are poor and needy and so demonstrate the generosity and love of God in and through His servants. We cannot take money into the next life with us, or any of the things it buys, but we are called to use it to spread the gospel of truth and mercy through faith in Jesus and so give glory and honor to our loving Lord.