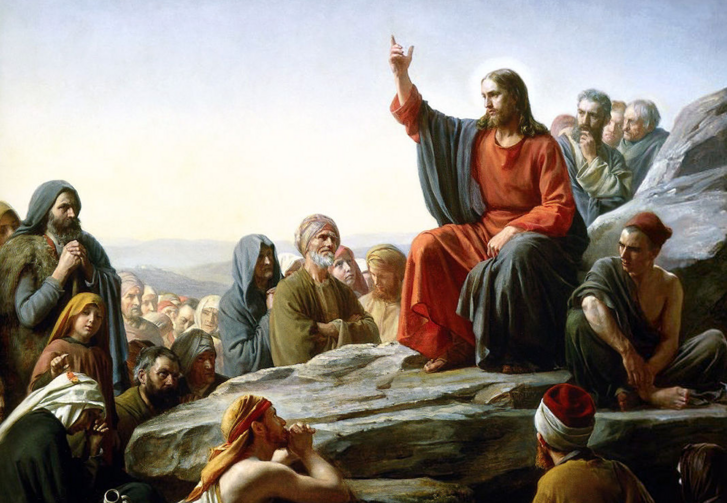 “Now Jesus was praying in a certain place, and when he finished, one of his disciples said to him, ‘Lord, teach us to pray, as John taught his disciples.’ And he said to them, ‘When you pray, say: “Father, hallowed be your name.’”” (Luke 11:1-2a)

God is omnipotent and omniscient. He knows and sees everything. He hears all things that are said including the prayers of all who pray even those prayers not addressed to Him. Nevertheless, prayers offered to deities other than Almighty God are unbiblical and idolatrous. For one thing, there are no other deities other than He. Demonic spirits often masquerade as deities and fool people into thinking they are addressing a god who will grant them whatever they wish. Prayers not addressed to God as the source of all that is, ascribe to demons (or deceased human beings often called “saints”) the power and glory due God alone, a sin against the first commandment.

When the disciples asked Jesus to teach them to pray, He gave them what we now call the Lord’s prayer. The prayer was presented as a model outlining what prayer is. And it is addressed to God the Father. That alone is an affront to our culture which thinks that calling God Father is sinful and offensive. But this is the very title which Jesus used, the very title which God has chosen to reveal Himself. Those who find it offensive do so to their peril.

In this prayer, Jesus taught that the proper focus of all prayer is God the Father. As we acknowledge Him as our Father, we are saying he is our Lord, our Head, and our King. We owe allegiance and loyalty to no one other than Him. And we are saying that no one is more powerful than He. And so, we glorify Him by placing Him first in our lives because we place him first in our prayer. And by calling Him Father we are acknowledging that He is merciful and loving. He wants to love us and take care of us.