No Compromise with Fear 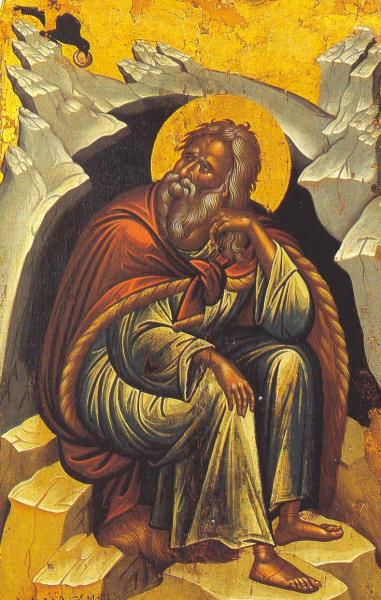 The values of contemporary culture as propagated by the media as well as most social and academic institutions and the government often stand opposed to the Kingdom of God. Consequently, more and more Christians and churches have felt it easier to accept the mandates of culture and society. Such a stance brings the applause of our fellow humans as well as fame and acceptance as it does not offend the sinner. Zeal for the gospel, however, seems to bring nothing but loss, opposition, and trouble. Such opposition may make us depressed and anxious for the truth of God’s Word does not win us friends or fame. It is offensive to those comfortable in their sin and sinful lifestyles.

If we feel such despair at times, we can identify with Elijah the prophet. He opposed the sinfulness of the Kingdom of Israel, specifically the idolatry condoned and proliferated by King Ahab and his pagan wife Jezebel. In the process, the Lord used Elijah to perform many miracles, especially the defeat and destruction of the wicked prophets of Baal on Mount Carmel. Yet he was a man just like us, subject to doubt, fear and weakness. After his triumph on Mount Carmel wicked Queen Jezebel threatened to kill him and so he ran away. But he ran right into the arms of the Lord out in the wilderness. There the Lord comforted and renewed him with a vision of His glory and gave him a blueprint for ministry. He could take comfort in the fact that while the Lord was using him he would be invincible.

Out in the wilderness where Elijah with God, the mere approach of the Lord produced major cataclysms: hurricane force winds, a massive earthquake, and intense fire. These revealed the power of the Lord, more powerful, more devastating than the most powerful weapons of warfare that man has ever devised. These things would convince most of us that God is certainly stronger than any man, than any circumstance. But there was a greater power yet in the gentle whisper of the Lord. He called out to Elijah in a still small voice, a gentle whisper that would make our hair stand on end, our knees shake, our hands tremble.

The Word of God is His true power, more powerful than earthquakes and great signs, the most powerful force in the universe. That still small voice speaks cuts into the heart of every individual like a sword. The word can pierce even the stoniest, the most wicked heart but also comfort the most despairing, the most depressed individual. God doesn’t need to convince us with great spectacles. He does not convict us with tremendous miracles, visions, huge choirs, grandiose music, orchestras, vibrant and enthusiastic choruses, animated preaching, and ostentatious productions. He overwhelms us with the stillness of His voice speaking to our heart. That Word flares up in our heart like a bright flash of lightning that instantly illuminates the innermost core of our being. The Word reveals God, His truth, His holiness. The word reveals our sins, even the ones we like to hide as well as those feelings we want to cover up. Nothing is hidden from Him. The Word of the Lord also reveals His great love for us. Without God’s love and mercy we would be too afraid to do His will. But His word of love even in rebuke drives us to repentance so that we receive His mercy and strength just He gave to Elijah. Therefore we can follow Him without compromise.