Stand for the Truth 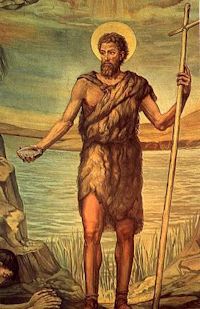 “And the king was exceedingly sorry, but because of his oaths and his guests he did not want to break his word to her. And immediately the king sent an executioner with orders to bring John’s head. He went and beheaded him in the prison. . .” (Mark 6:26-27 ESV)

Jesus sent forth His disciples to preach, heal and cast out demons. This was an open and concerted attack on the kingdom of darkness that attracted the attention Satan. Satan inspiredKing Herod to do something really evil: kill John the Baptist, the prophet of the Lord. He had imprisoned John because he dared to speak boldly against Herod’s adultery. Herod was a weak-willed bully who was afraid of God but one day, inflamed by drink and the seductive dance of his step daughter, he made a rash vow and had John the Baptist beheaded. Apparently his desire to look good in the eyes of his friends far outweighed his respect for human life and any fear of God he may have had.

God often uses fear to turn sinners to Him. Unfortunately, Herod, like most people today, was too proud and too concerned with ego and the opinions of others to allow his fear to lead him to humility and repentance. His behavior is similar to that of many politicians, celebrities and leaders today who ignore the voice of the church of Jesus Christ which is calling out for godliness in government, law, and every aspect of personal life. They prefer to maintain the favorable opinion of the masses or satisfy the cravings of their flesh and the pride of their ego rather than heed the voice of the Lord. They will pay the price for their ungodliness. Whether or not they realize this, their eternal souls are in jeopardy as well as those of the people who look to them for guidance. We in the church must stand together against the forces of darkness in the world by shining the light of God’s truth and mercy everywhere we go.